Hi all,
I've been having a great time exploring pioneer lines and discovering structures which have somehow survived the ravages of time in some form.  Sampling the Aussie pub cuisine and beer at the end of the day as well.  A great combination.

I made a few new discoveries today: 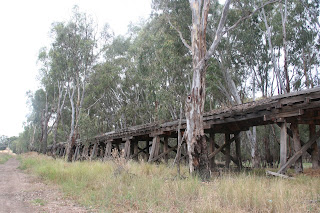 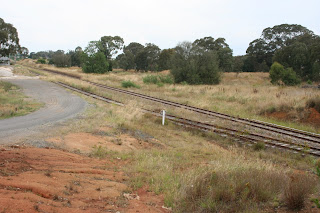 A view of Kingsvale showing the loading bank and platform at the left.
Posted by Railway Institute at 22:05