...for an update.  The good news is that I've finished studying and completed my second degree which has given me a lot more time for modelling.  The interest and motivation is still there, but I've been concentrating recently on building some of the many kits I have stashed away.  That's for another post, but in the meantime here are a few photos to show where I am with Kings Vale.

The toilet block has been placed a the up end of the platform and the station sign is done and gives the layout an identity. 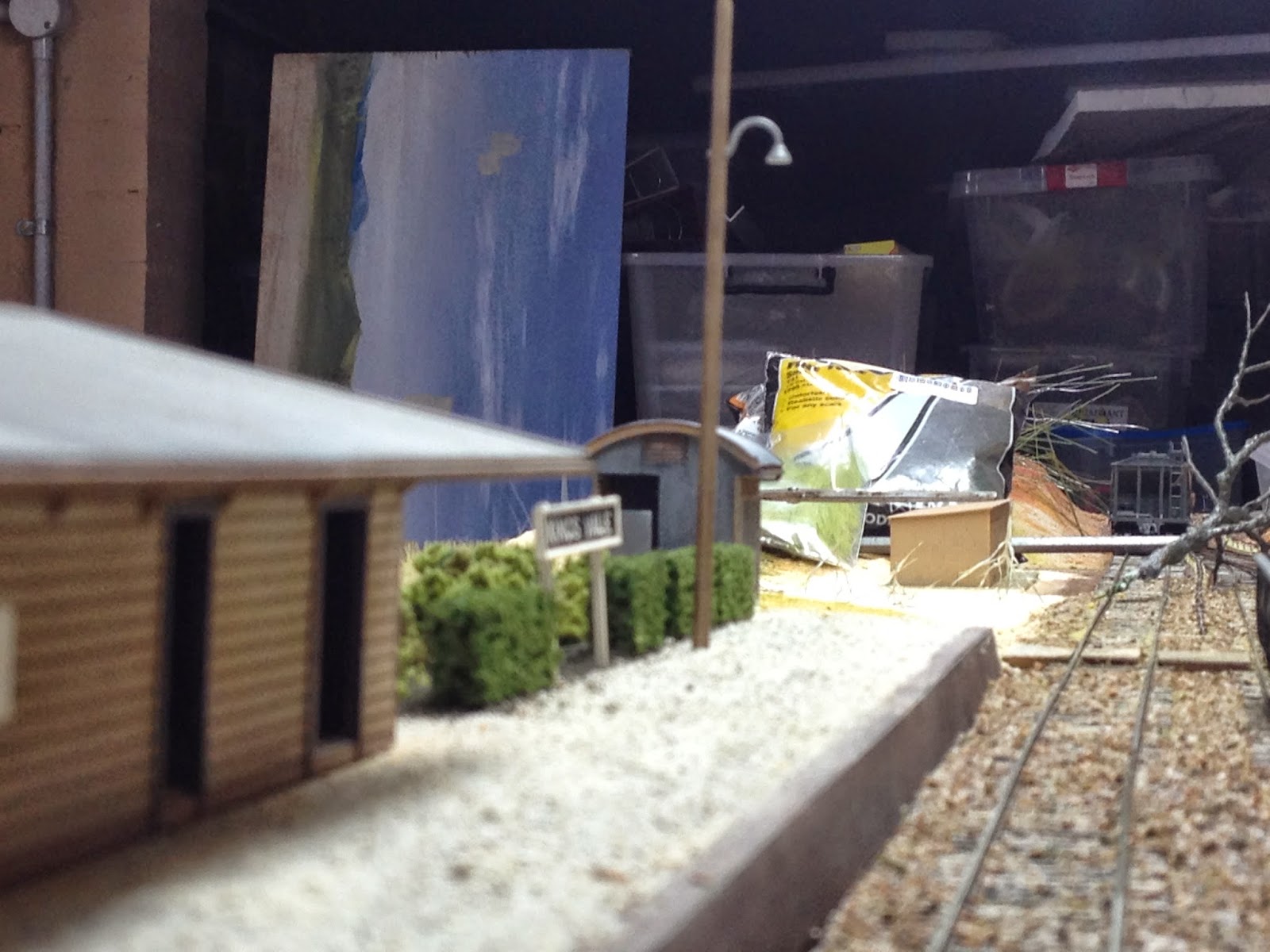 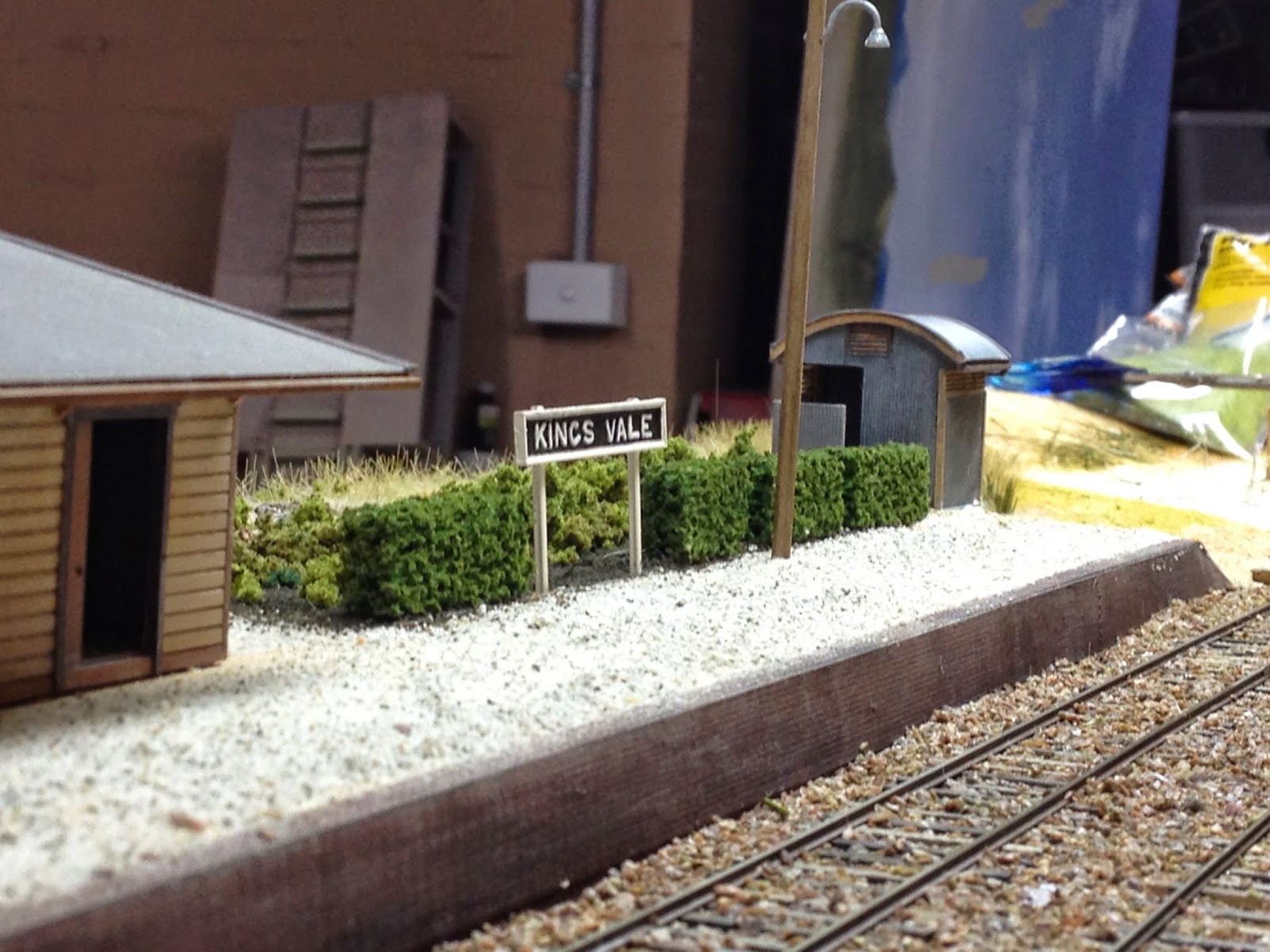 There's a deciduous tree behind the station sign, so being autumn at the time I decided I'd place the layout in autumn which would allow a few vibrant colours and some trees which were something other than green.

This tree shows the green-grey fungus which often grows on the southern face of tree trunks. 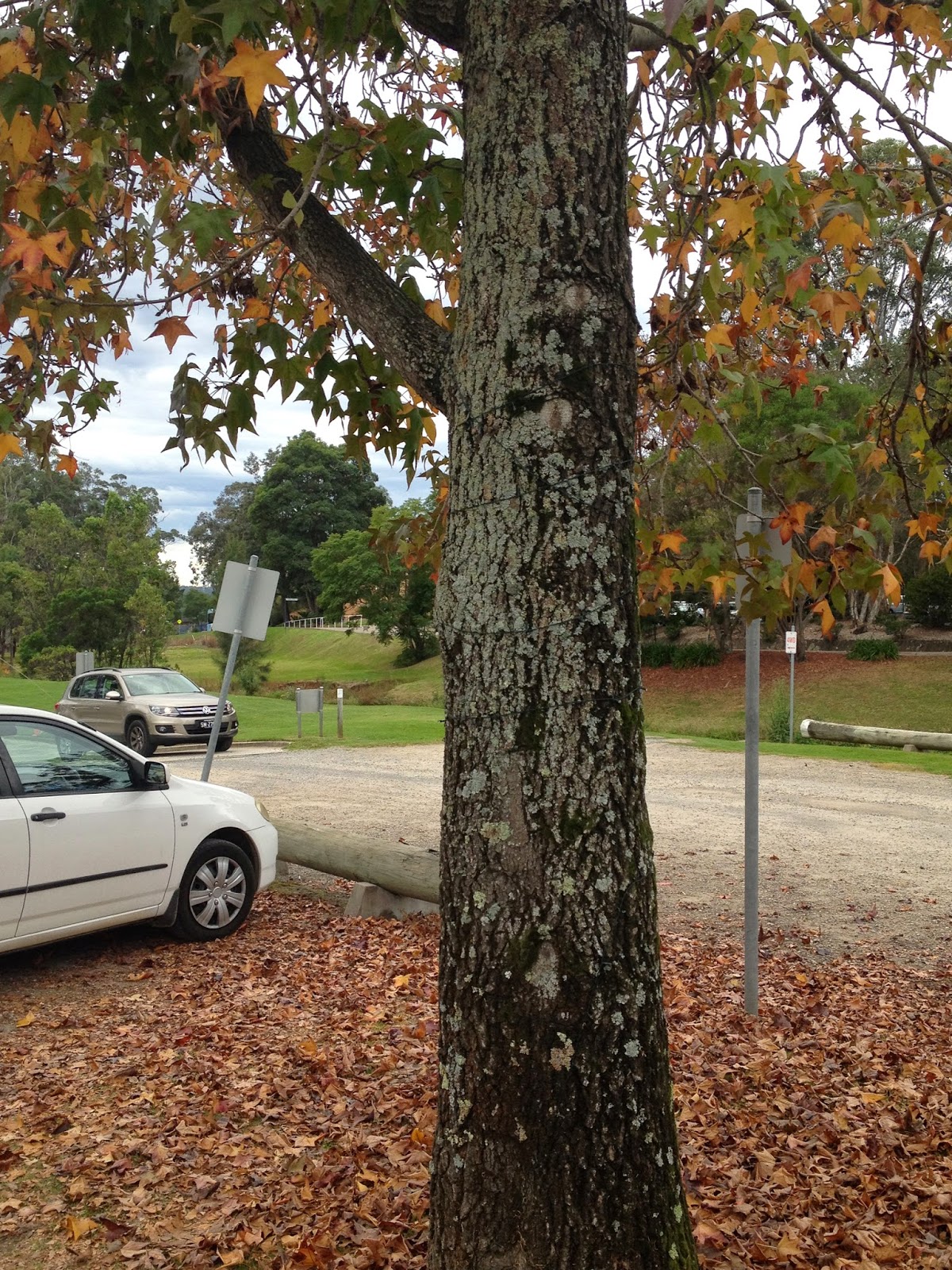 I am not completely satisfied with the foliage on this tree, so will come back to it.  I found the two Wild Swan books on modelling trees excellent, and a recent visit to London allowed me to acquire all the various materials used in those books for representing branches and foliage.

This view shows the now installed toilet block and the static grass and other landscaping I have completed. 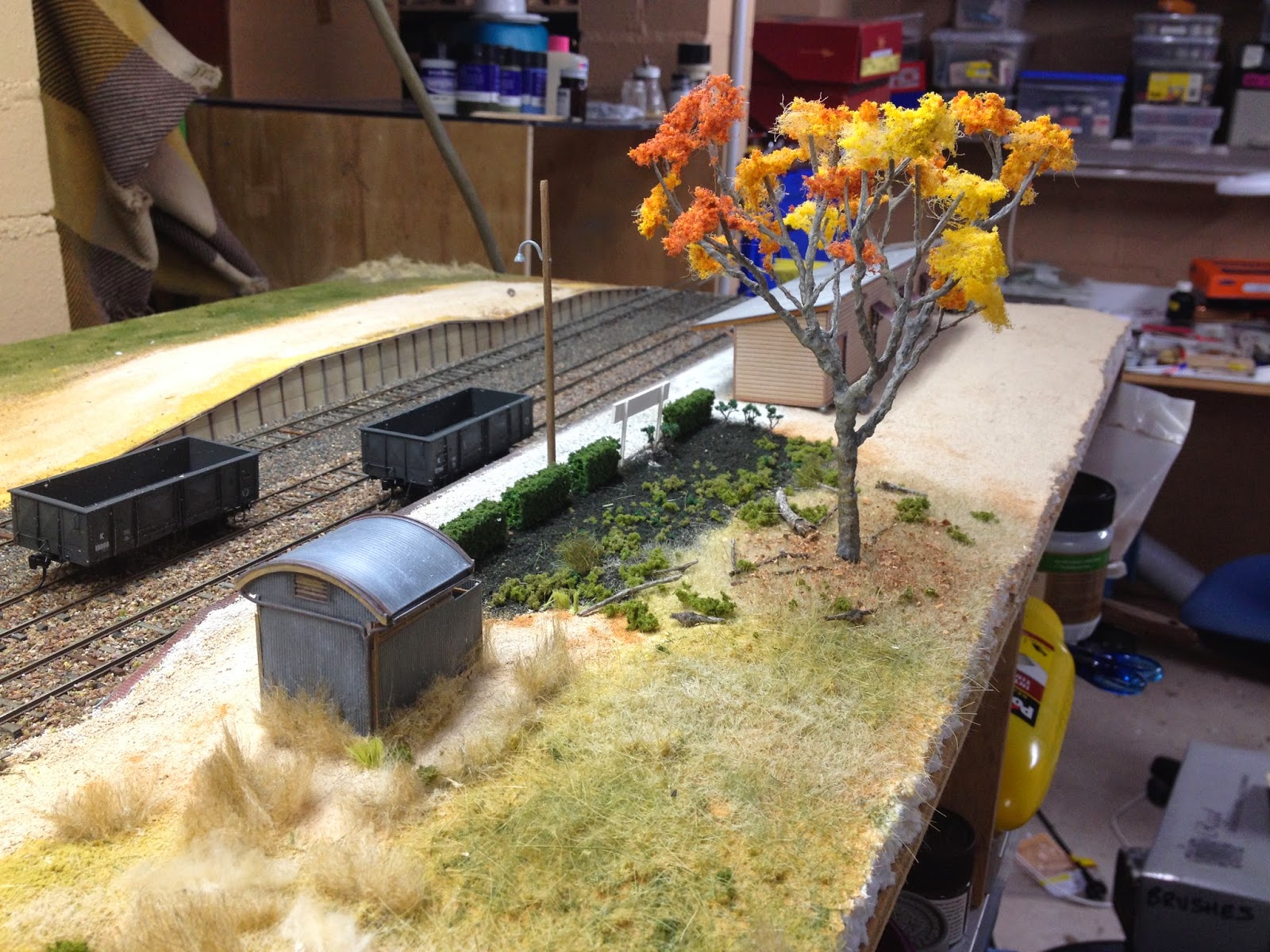 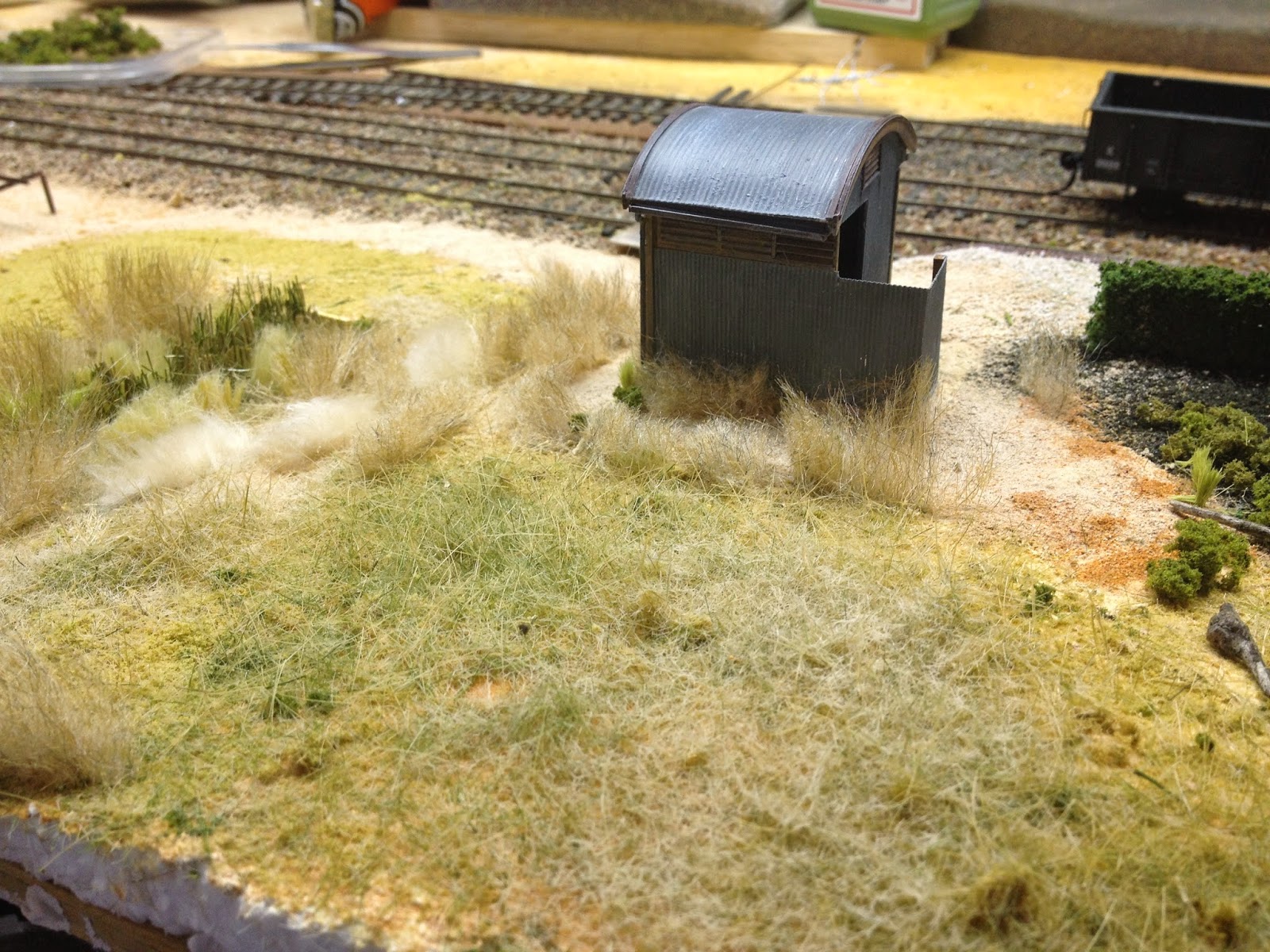 The same area with the tree removed: 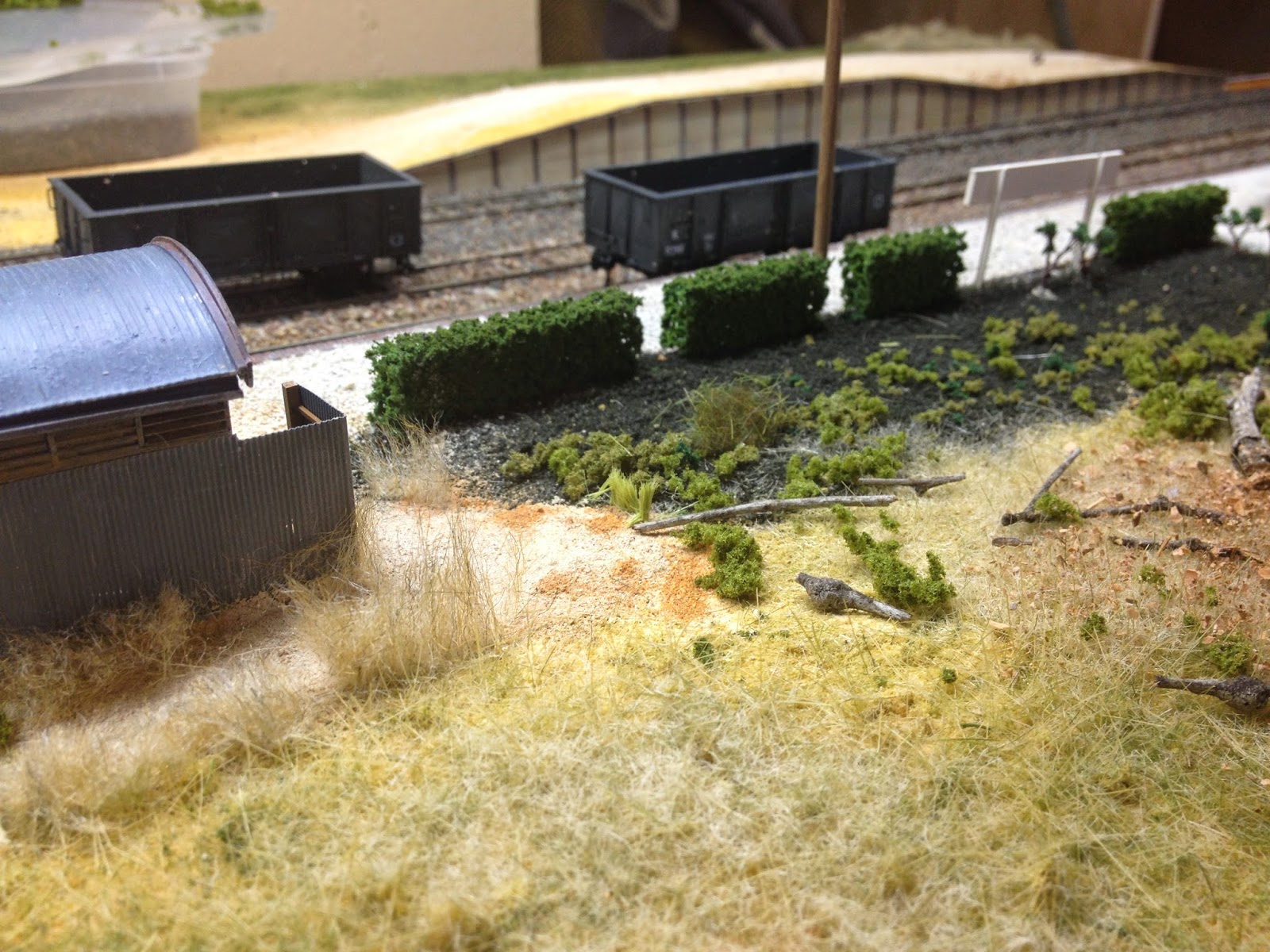 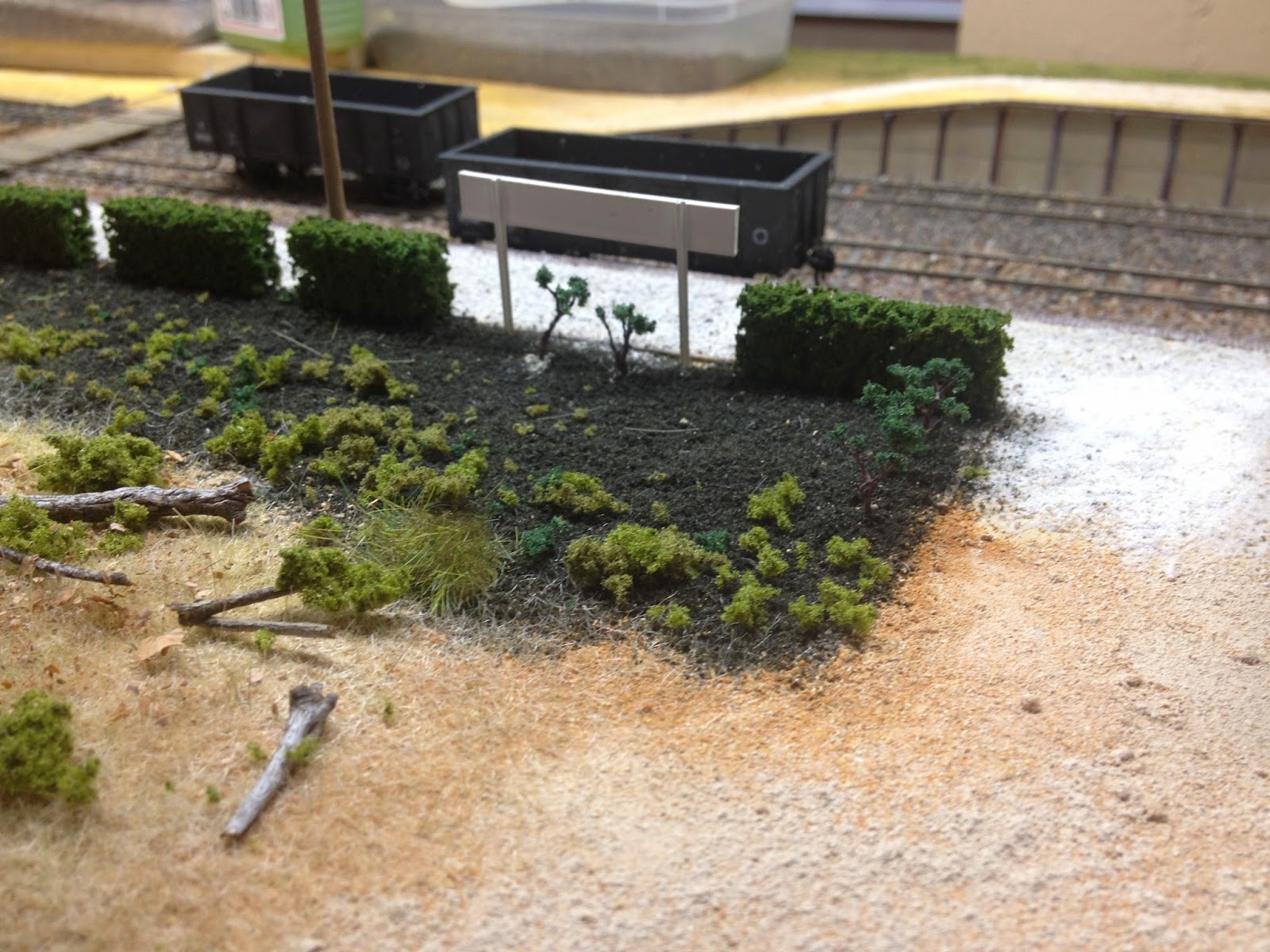 Attempting to re-create the colours and types of foliage, soil and gravel around the station area.

With the landscaping of this module almost complete, I've started working on a second module which is the southern end of Kings Vale, but I'm thinking that this should also be an off-stage staging yard so that I can assemble and run some trains.

One of the "interesting" problems I have is the Simply Glues ballast adhesive is corroding the track.  It's easily removed, but clearly it's more than PVA, water and detergent in that stuff!


Posted by Railway Institute at 22:25