Hi all
I have been making steady progress with Kings Vale recently, adding a few fiddly details to the station which really lift the appearance.

With a few days off over Easter and Anzac Day, the main project has been the construction of a C1 toilet, which was situated at the Cowra end of the platform.

From the photos I have, this structure is something of a mystery.  It is definitely a toilet block of some kind for the gentlemen, but the design is difficult to discern from the photos.  It looks like it might have a skillion roof , but without many details I am using a bit of modellers' licence and pretending it's a C1 standard building.  I like the style of the C1. 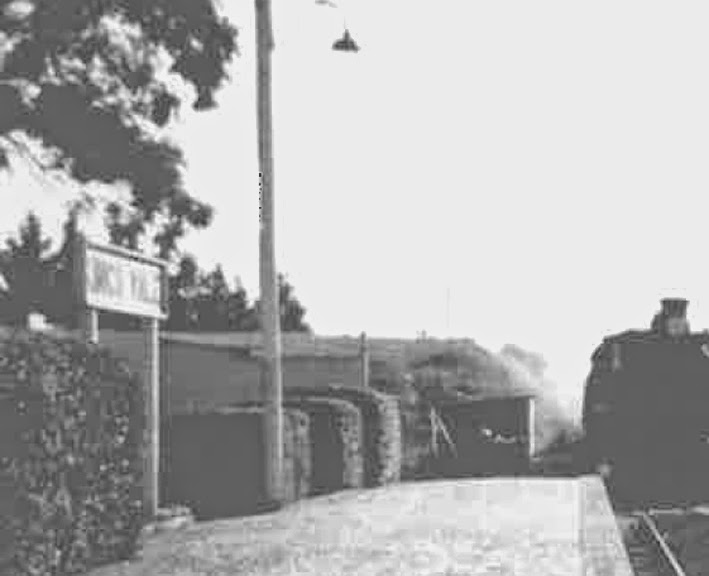 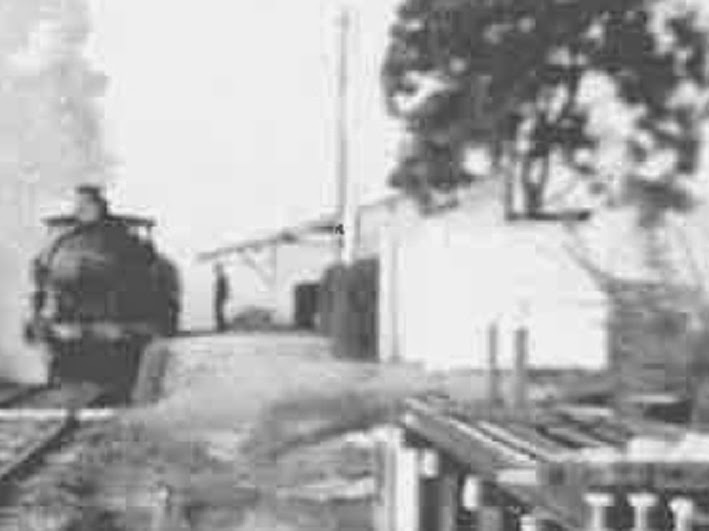 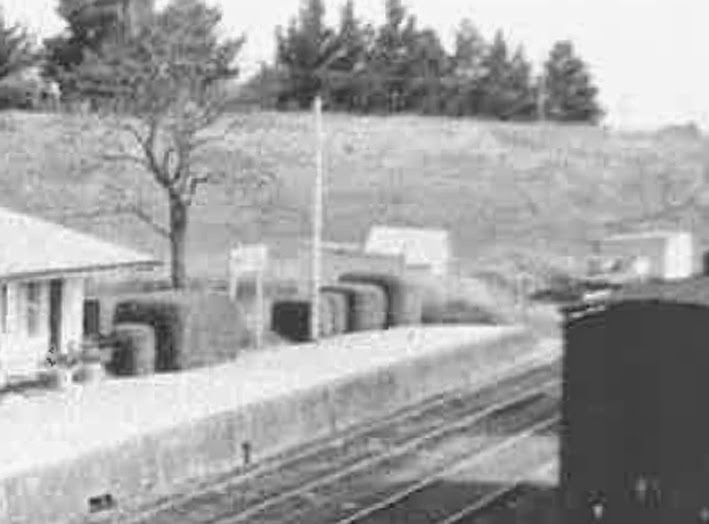 Since there are few signals protecting Kings Vale yard, I don't think a lamp room separate to the station building would have been justified.  The building doesn't look big enough to be a C2.

So using the Data Sheet for "C" type toilets and lamp rooms, I started crafting this small structure.  Well, it's quite small, but not particularly simple - it took about a week from start to finish (of about an hour or two of effort per day).  I have really enjoyed doing this bit of styrene scratchbuilding.  I love working with Evergreen strip and the results are very pleasing so far.

Here is the back wall.  Most of the louvres are blind, but I wanted the ones adjacent to the doorway to be "real" so that the louvres look right from both sides.  Same applies to the framing.  Elsewhere, I have not built a frame but just backed the Campbell's corrugated aluminium with styrene sheet. The floor on the left, with the frame for the screen, rear wall, front wall and two ends. 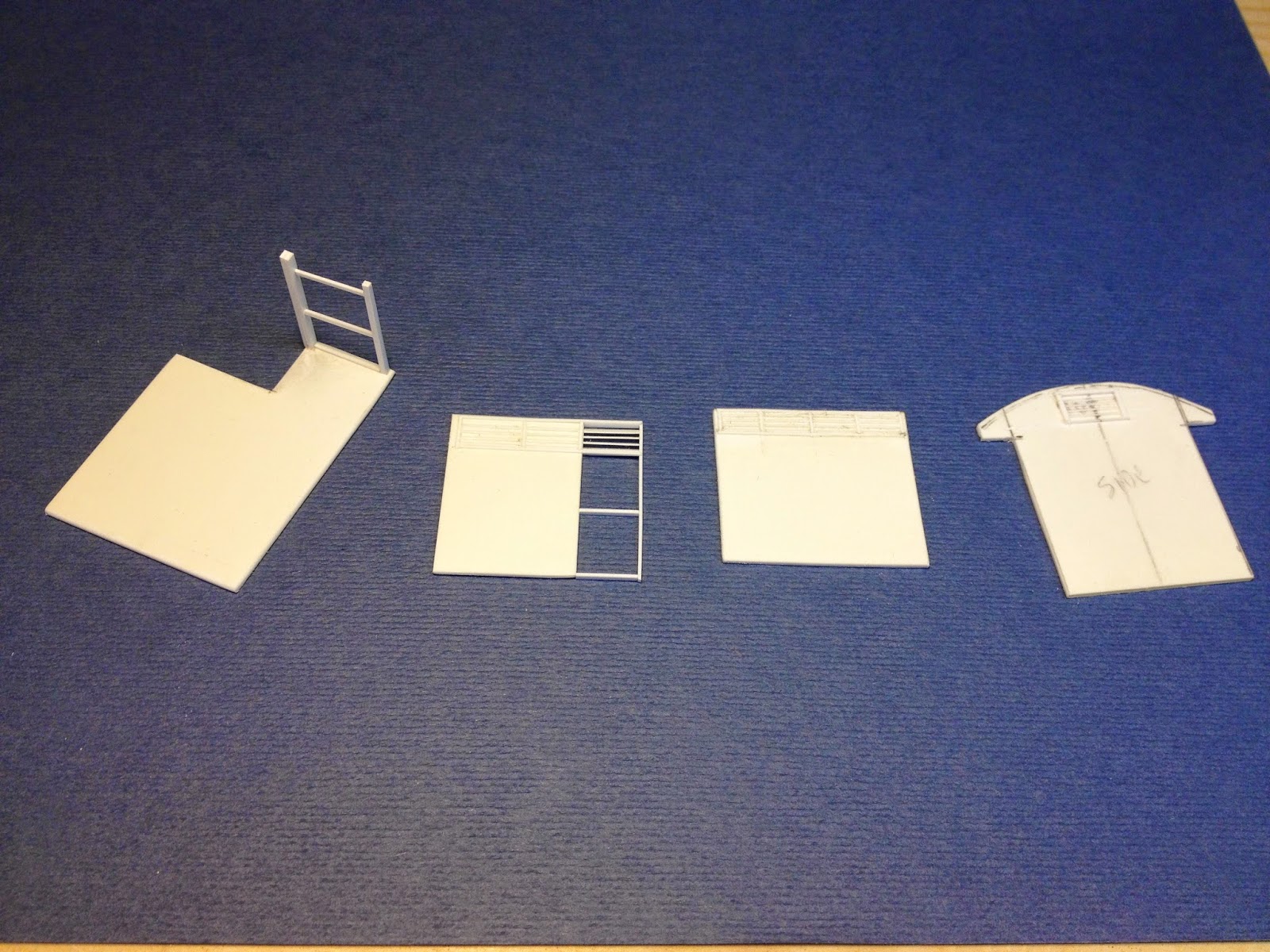 After airbrushing of the sides and ends and picking out details in mid- and dark stone. 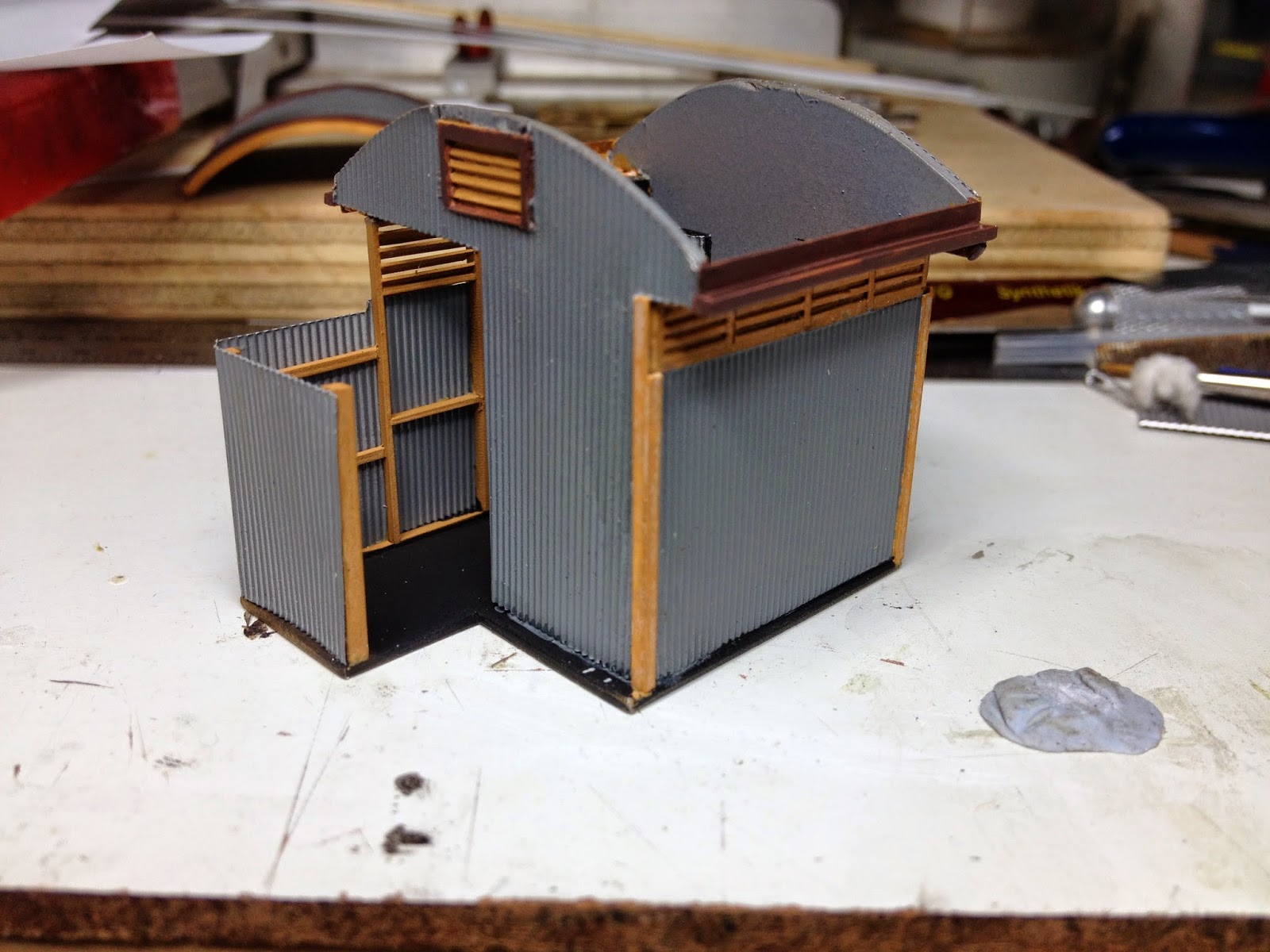 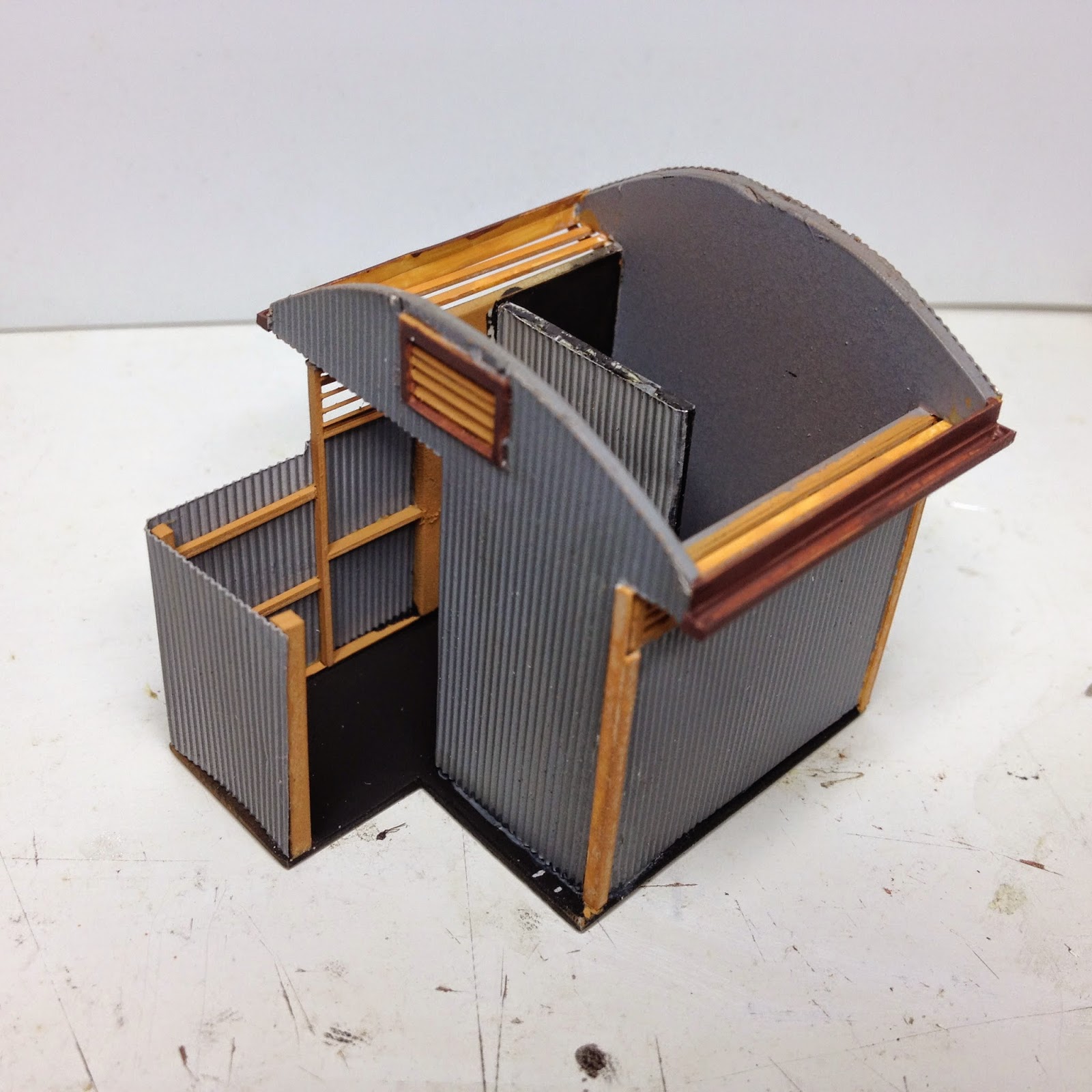 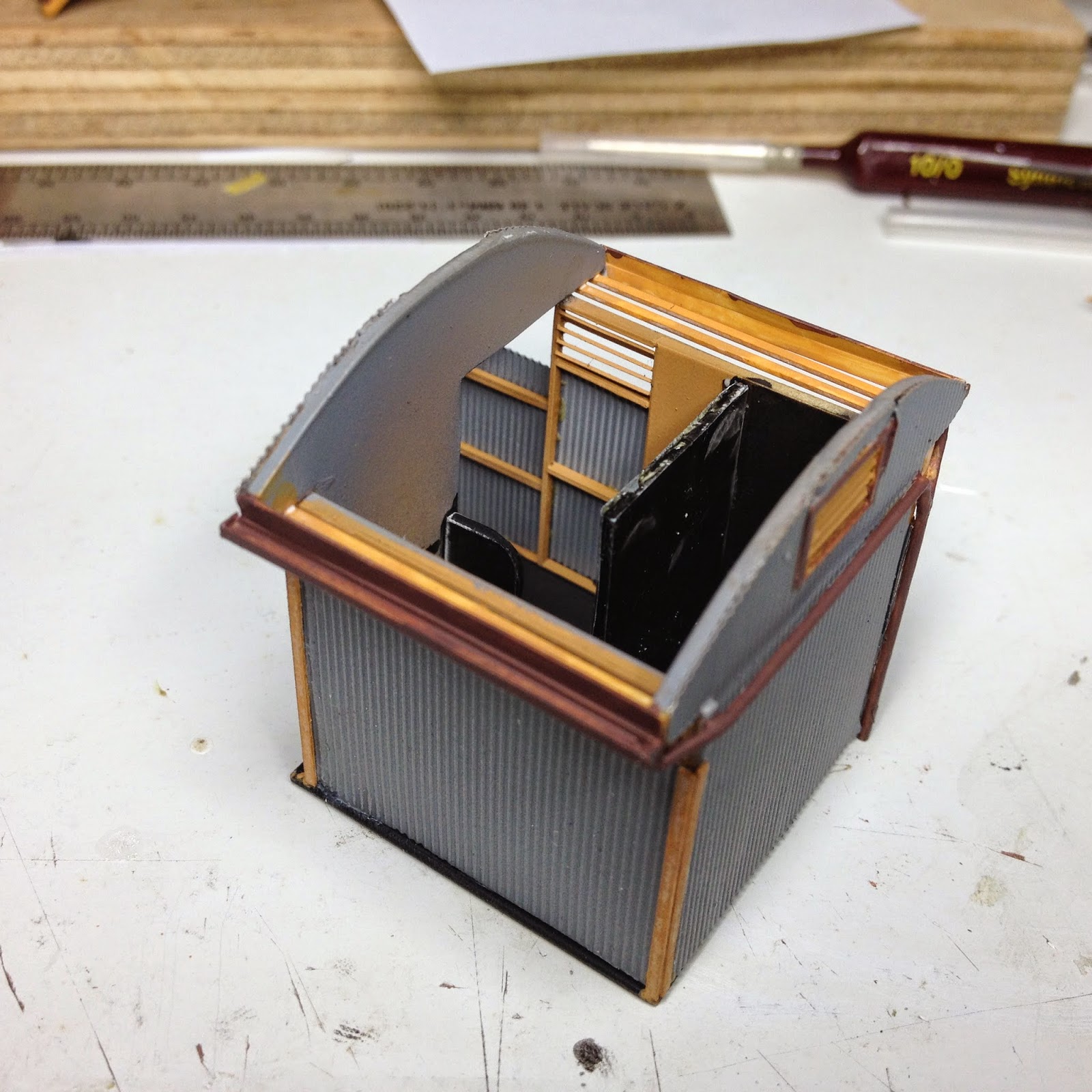 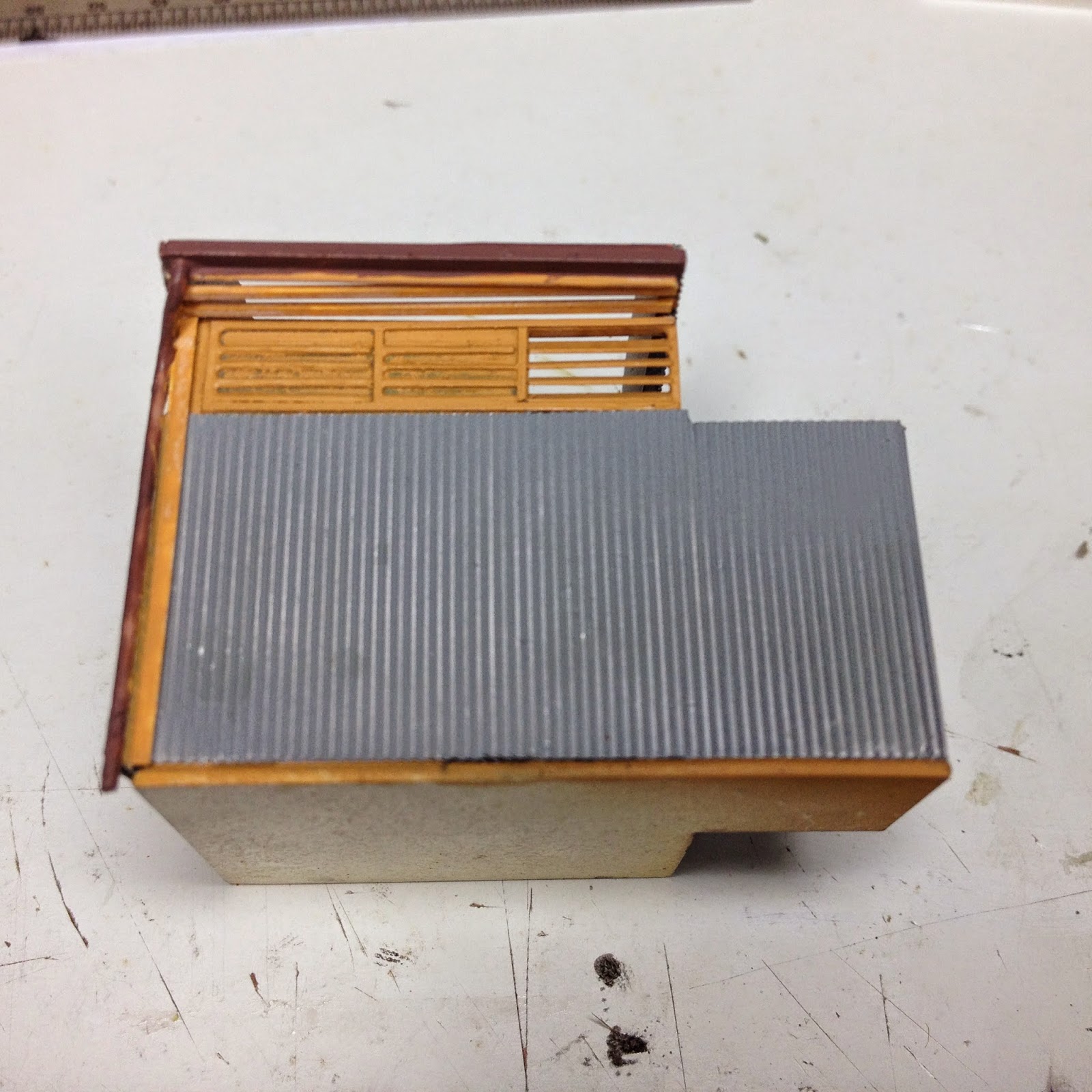 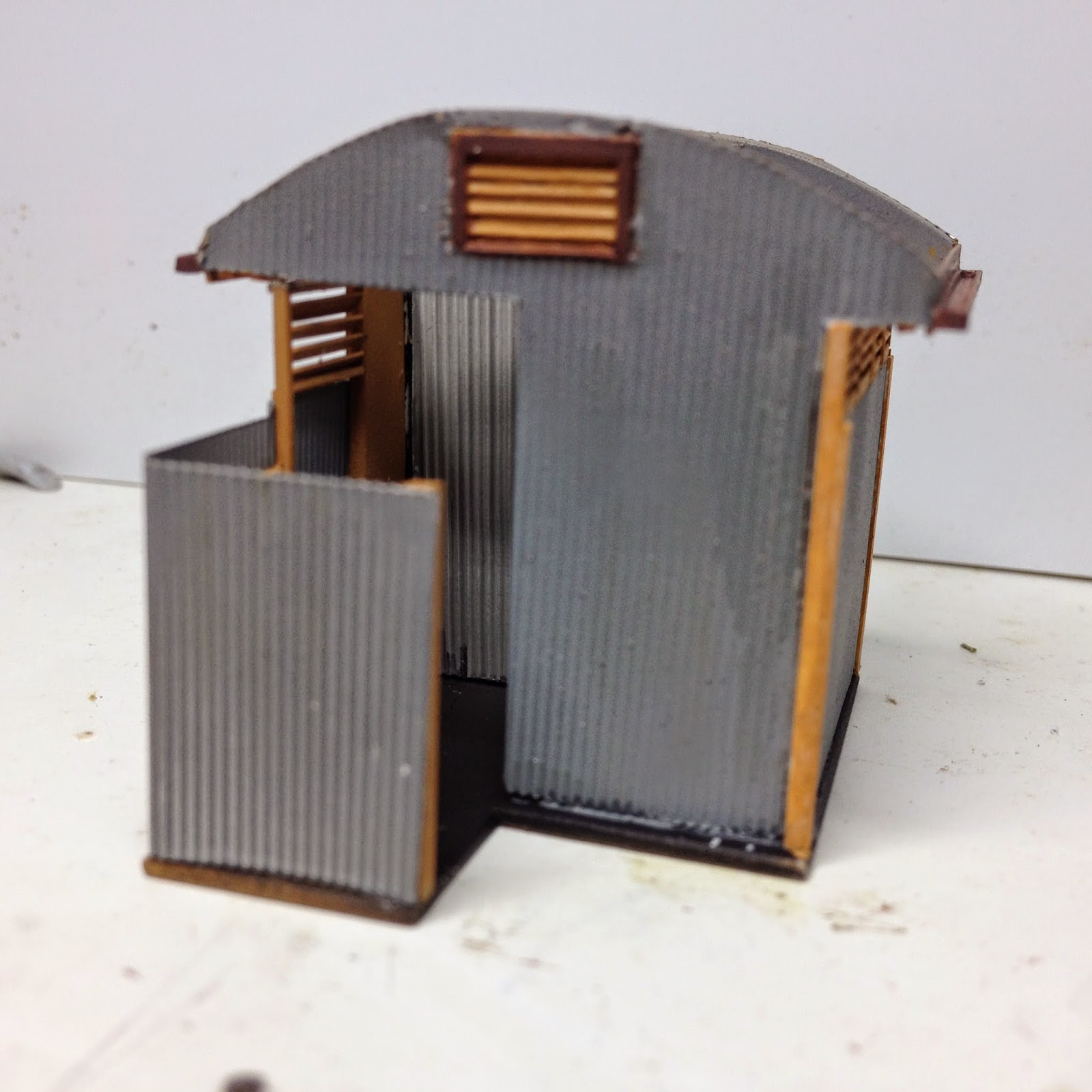 I had some near disasters with the weathering, thinking I had stuffed up a half-decent paint job.  But weathering is pretty forgiving, particularly if you are patient in waiting 24 hours for the paint to dry before trying to fix it.  Overall I think the result is ok, and will look even better when it's been added to the platform and surrounded by a few weeds. 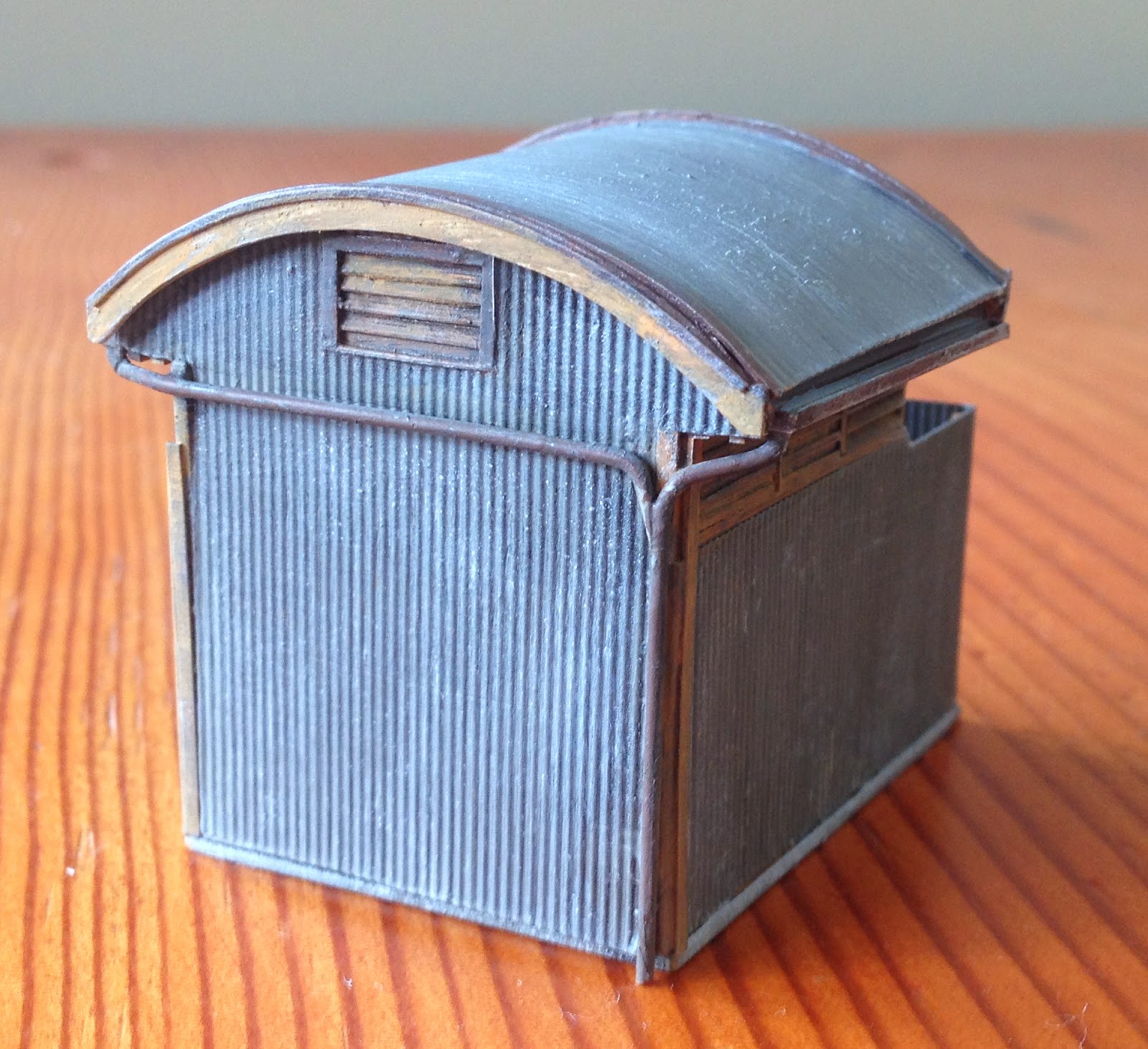 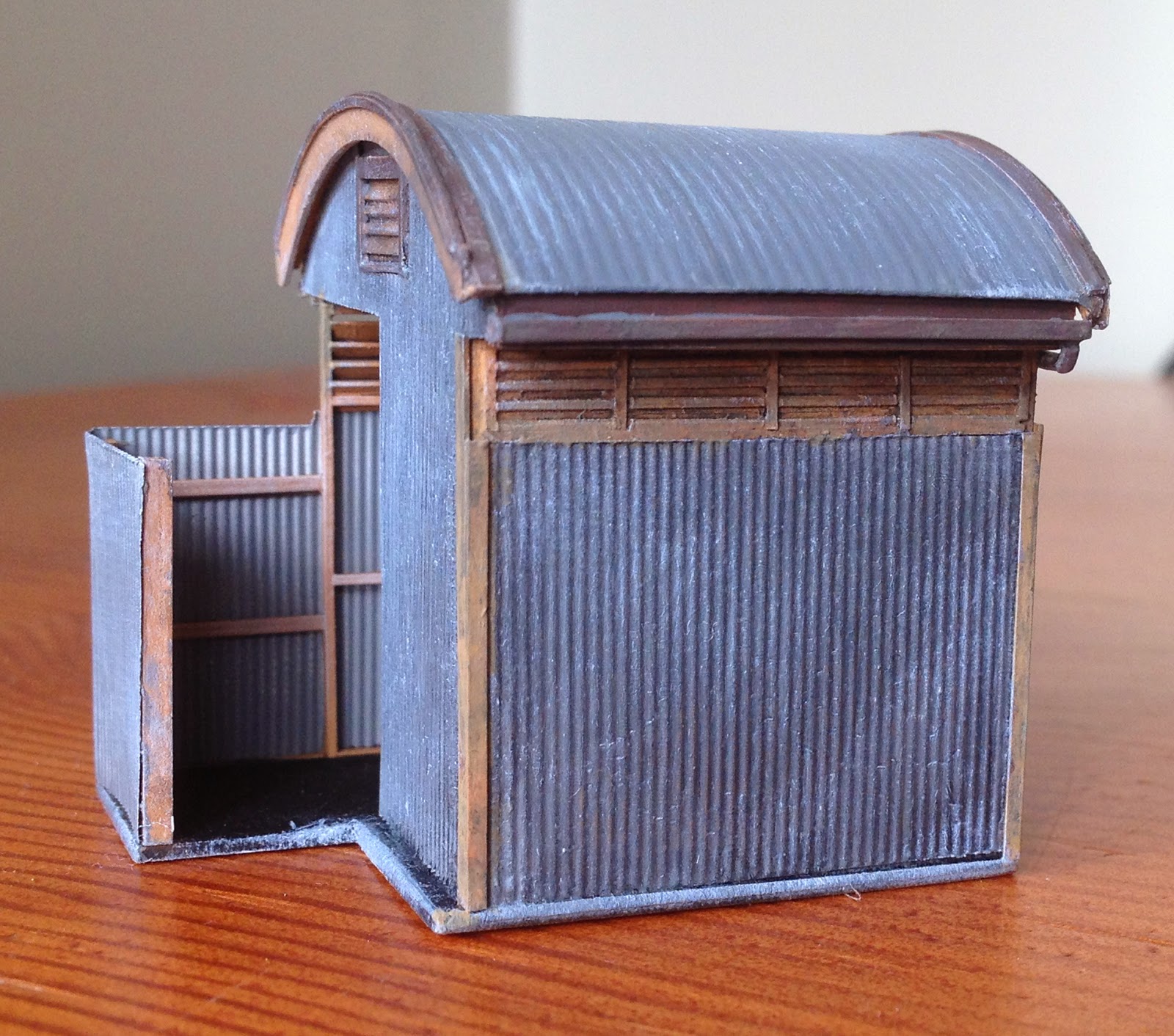 The next exciting instalment will be along soon!


Posted by Railway Institute at 22:51